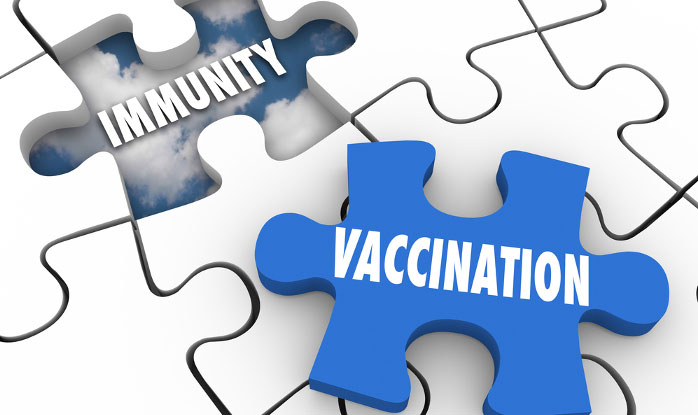 Immunizations, or vaccines as they’re also known, safely and effectively use a small amount of a weakened or killed virus or bacteria or bits of lab-made protein that imitate the virus in order to prevent infection by that same virus or bacteria. When you get an immunization, you’re injected with a weakened form of (or a fragment of) a disease. This triggers your body’s immune response, causing it to either produce antibodies to that particular ailment or induce other processes that enhance immunity. Then, if you’re ever again exposed to the actual disease-causing organism, your immune system is prepared to fight the infection. A vaccine will usually prevent the onset of a disease or else reduce its severity.

Why Should Someone Get Immunized?

The goal of public health is to prevent disease. It’s much easier and more cost-effective to prevent a disease than to treat it. That’s exactly what immunizations aim to do. Immunizations protect us from serious diseases and also prevent the spread of those diseases to others. Over the years immunizations have thwarted epidemics of once common infectious diseases such as measles, mumps, and whooping cough. And because of immunizations we’ve seen the near eradication of others, such as polio and smallpox. Some vaccines need to be given only once; others require updates or “boosters” to maintain successful immunization and continued protection against disease.

Can I Defer Immunization?

The following conditions are NOT contraindications to routine immunization:

Almost all individuals can be safely vaccinated with all vaccines. In very few individuals, vaccination is contraindicated or should be deferred. Where there is doubt, rather than withholding vaccine, advice should be sought from an appropriate consultant pediatrician or the immunization coordinator.

All vaccines are contraindicated in those who have had:

Live vaccines may be temporarily contraindicated in individuals who are: